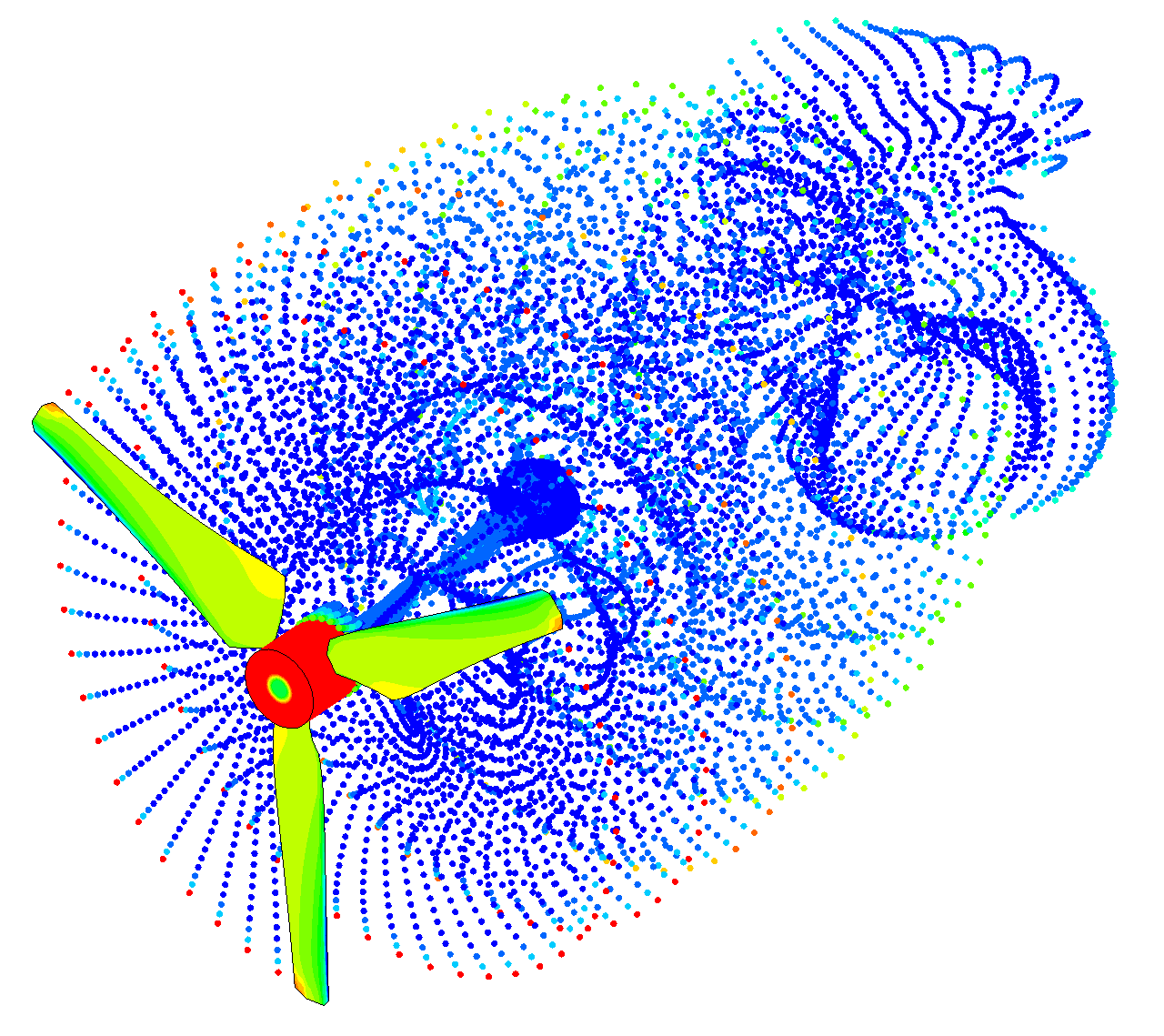 This manuscript deals with the numerical and experimental characterisation of the behaviour of marine current turbines. In the experimental part, trials were run at IFREMER’s wave and current flume tank in Boulogne-Sur-Mer, on prototypes of three-bladed horizontal axis turbines. Configurations with one single turbine on the one hand, and two turbines aligned with the incoming flow on the other hand, were considered for a large range of TSRs and, when relevant, of inter-device distances. The behaviour of the turbines is analysed in terms of performances (power and thrust coefficients) and development of the wake. The effects of the ambient turbulence intensity rate are also considered. Besides, numerical computations, obtained from a tridimensional unsteady software, based on the Vortex particle method and developed at the LOMC (UMR 6294, CNRS - University of Le Havre) in partnership with IFREMER, are presented. The numerical tool also enables to study the performances and the wake of a turbine. It was rewritten during this PhD and its technical and theoretical support is available in the manuscript, where the Vortex method, as it is used in the software, is described in details.